Bugs in Forum after Major Upgrade

Hello MSZ Forum members. After a major upgrade of the forum software, there are numerous BUGS, which will get fixed soon.
1. Mark As Read function not working on Forum Home page.
2. Editor window adds [object Object] code when you select a category - please delete this and continue writing your message.

Loved Vegas Pro 15 has been released !

Vegas Pro 15 has been released !

I will be releasing more detailed analysis A.S.A.P.

Plus (not officially announced)...


:idea: Remember to turn everything off at least once a week, including your brain, then sit somewhere quiet and just chill out.
Unplugging is the best way to find solutions to your problems. If you would like to share some love, post a customer testimonial or make a donation.
Peace

Posted 30 Aug 2017 21:00 #4
Not sure that's quite correct Richard. It's Dolby Pro AC3 that hasn't been returned. I don't what difference that is to ordinary AC3. Can you not render with AC3? I only use MS so cannot check.
by ericlnz

Posted 30 Aug 2017 21:07 #5
Another thing that puzzles me is that the Mercalli v4 stabilizer that was bundled with Vegas Pro 14 doesn't come with 15 and the 14 version won't work with 15. Presumably Magix have provided an alternative to the Mercalli stabiliser but it appears that old project files done with 14 that used the stabiliser now have problems when opened in 15.

Being a MS user none of this bothers me but as a user I expect a new version of a programme to open files done in earlier versions unless they are many years old. The bundling of video effects and plugins with video programmes can cause issues such as this.
Last Edit:30 Aug 2017 21:09 by ericlnz

Posted 30 Aug 2017 21:41 #6
Sorry. I did mean AC3 Pro which allows numerous adjustments to be made. I use it with every commentary I have and a few other things as well (eg overall rendered dB control).

Posted 30 Aug 2017 23:40 #7
Funny .... after I visited their website to see how much the upgrade cost was I left. Now I get an email from them that they noticed I visited their upgrade page and want to give me another $10 off if I return so I guess now the cost is down to $240. From the comments I'm reading and from the improvements, or un-improvements ( in the case of the ProDAD issue), I would think it should be a free upgrade , at best!

by MrGrunthunter
The following user(s) said Thank You: Eagle Six 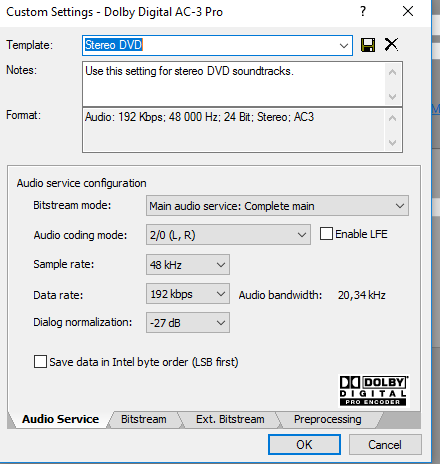 
- A new MAGIX AVC/AAC codec significantly accelerates encoding on machines that utilize Intel® Quick Sync Video (QSV) technology (my chip does not support Quick Sync, but for those that do this could speed up AVC rendering)

- A new MAGIX AVC/AAC codec significantly accelerates encoding on machines equipped with modern NVIDIA graphics card GPU technology (I am using an AMD Radeon R9 390 GPU, so this doesn't do me any good, but for those waiting to upgrade their GPU, seems this may be a huge advantage to render times)

- The user can now select from the list of attributes of a copied timeline clip event to specify which attributes will be pasted into a target event (this can be a huge time saver feature, I like it)

- ACES 1.0 support enable users to work with the expanded color spaces and dynamic range of modern cameras (For those using cameras supporting ACES, this is the one feature lacking in previous versions that would hold them back from using Vegas. This gets their foot in the door for high end editing on a budget. I don't have an ACES capable camera currently, but the next camera I probably will)

- More efficient handling of AVC files on the timeline through Intel QSV technology (again for those with a chip that support Quick Sync, this may be an advantage)

- Crop OFX plug-in enables the user to quickly crop out portions of a video at any of the four effects levels (including track and event) through parameter adjustment controls and direct interaction with the Video Preview window (this should save me some time, as I'm shooting a lot of 4K source, then cropping it to prepare for 1080 production, I like it)

- LUT Filter OFX plug-in enables the user to apply LUTs to their project at any of the four supported FX levels (event, track, media, and video bus)
Redesigned timeline clip events now contain headers to hold important information and buttons and can be customized through the hamburger button/menu system (although I use LUTs in Vegas 13, this should make it a bit easier and offer more flexibility, I like it)

- A simple "one-click" option creates a freeze frame on all selected events touched by the timeline cursor (for those doing freeze frame, which I do from time to time, this is a huge feature to have in an envelope, I like it)

- The Share Online option now provides direct render-and-upload operations for YouTube, FaceBook, and Vimeo (I have no current use for this, but for those who are uploading to YouTube, FaceBook, or Vimeo, and are under constant time constraints, this could be a huge time saver)

- Panasonic GH5 10-bit 422 footage now opens correctly (I don't have a GH5, rather using a GH4 with a Ninja Flame and my source imports cleanly now, saving me a lot of time, I like it)

- iPhone/iPad footage now opens correctly (without requiring Quicktime) (it doesn't effect me, but for those shooting with an iPhone, I would think having ongoing support from Magix in Vegas Pro, a much better deal that working with a discontinued and unsupported Windows version of Quicktime)


The other improvements are just some icing for me and not that important for my use. I will never be a fan of Magix business practices, but that is personal and I did bite the bullet for Vegas Pro 15. Only having it a day, I'm not as yet overwhelmed, but I have only had time to tinker. In a few weeks a start a project that will test some of the new features. Still, at this point I feel it was worth the upgrade cost. And, all my comparisons are based against Sony Vegas Pro 13, as I skipped Magix Vegas Pro 14.

ericlnz wrote: Being a MS user none of this bothers me but as a user I expect a new version of a programme to open files done in earlier versions unless they are many years old. The bundling of video effects and plugins with video programmes can cause issues such as this.


Agree, this has been an ongoing issue for many versions. Personally I never got caught up in it, but that's just me, many others have. As time goes on perhaps the reason Mercalli v4 got dumped will surface. I never had VP14, but in V13 I never could get the results I wanted, so I just use the Mercalli v4+ stand alone.