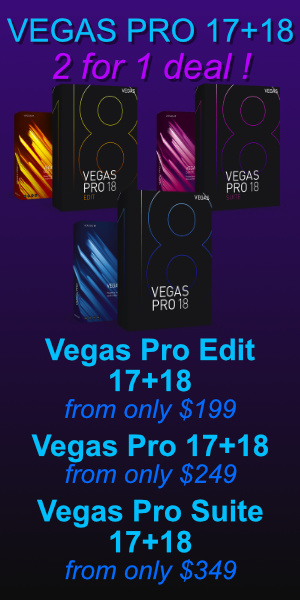 Vegas Pro 16 not responding was created by ilyk49

I've been using Vegas Pro 16 for a few weeks, But I find that it is very frustrating. I have a project - that is about 1 hour and 50 minutes long with numerous clips. Vegas Pro will play the project if I just hit play. However, if I try to do anything else in the project (for example, add cross fades between the clips) , the program just stops working and I get a message "Vegas Pro not responding) and I have to go to the Windows task master to close it down. This is so frustrating. Is there a limit on how long a project can be or how many clips can be in a project? I know that in previous versions I have had projects up to 2 hours and never had any issues. I'm not working in 4K - just 1920 x 1080 - and there are no effects or anything added to the clips - so it's so frustrating that Pro 16 seems incapable of handling a normal 2 hours project/

Replied by DoctorZen on topic Vegas Pro 16 not responding

I am not experiencing any problems like this so far, during my testing of Vegas Pro 16.
I did have a big problem with Vegas Pro 16 crashing, but solved that by uninstalling duplicate 3rd party Video FX.
Example: I had multiple versions of different Hitfilm FX installed - some from Movie Studio installs.
I uninstalled ALL Hitfilm FX and only installed Hitfilm Ignite Pro which comes with Vegas Pro 16 Suite.
After doing this, stability returned.

I also had a problem with some GPU Accelerated Video FX.
On my computer, I am still using an older generation Nvidia GTX570 and older Nvidia Drivers.
When I had GPU Acceleration turned on in Options/Preferences/Video, applying some Transitions and/or FX, would immediately crash VP16.
If I turn off GPU Acceleration, VP16 does not crash.
This problem seems 100% related to me using an old Graphics Card and older Drivers - nothing to do with VP16 itself.
I am planning to build a new computer soon, which should solve this problem permanently.

Replied by ilyk49 on topic Vegas Pro 16 not responding