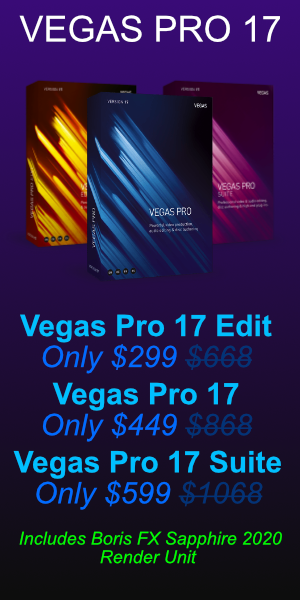 Sorry to post to this very stale thread, but it seems to be my only hope.

In August 2017 I started a new build of a better video editing computer, because my old system choked on 4K video - I was lucky to render a frame per second. Personal problems intervened and the project was shelved. But I finally last week have it running! It is a beauty, a real screamer. My original computer was Dell T7500 running Windows 7, I did an in-place upgrade to Windows 10 on the Dell. The upgrade went fine everything works - BUT - in the intervening years I never used any of my SVP on the old computer - fear, mostly, but also because I knew it would run too slow; why bother?

To get the new computer running I did a clone of my old computer C: drive with Windows 10 ( block by block using a hardware cloning machine), converted from MBR to GPT so it would run on the new computer's UEFI based Asus Prime X299A motherboard. I bought I new Windows 10 license; the old and new are 100% legal and activated. The new system is fast, stable, and every other program on it runs like a champ.

I had high hopes for the clear cache and reset procedure described here www.moviestudiozen.com/doctor-zen-faq/570-clean-install-sony-vegas-windows-10 . I get all the way through it, crtl-shift click and I get the pop-up and check the Clear option. But SVP still will not load.

I'm worried I might be SOL because Sony took down the licensing servers in 2018.

If I try a re-install, will SVP expect to activate?

Very worried, you are my last hope. I dread having to install Magix, they never respond to phone calls or emails.

Even if you can't solve the problem, I like your forum. I'll donate as soon as you reply!

I have moved your new message into it's own forum thread.

You have nothing to worry about with activating older Sony versions of Vegas Pro through the Magix servers.
Magix has the entire database of all Sony Vegas activation keys.

I recommend you first uninstall all versions of Sony Vegas Pro you want to use.

To set your mind at rest, you can check your "Sony" serial numbers here.
Enter the serial number and you will be provided with fresh download of the installer.
www.magix.com/us/support/my-service-center/product-downloads/

I also recommend you create a Magix Account if you haven't already done so.
If you use the same email address you use to use with Sony Creative Software, you may be lucky and find your entire account has already been transferred to Magix for you. Some people were lucky, but some of us were not. Either way it doesn't matter, because you can re-register all your Sony products with Magix, once you have created your account.
www.magix.com/us/support/my-service-center/

If you experience any weird problems with Sony Vegas Pro still not working correctly, I recommend you do a deep removal of Sony Vegas Pro, to remove all traces of it before reinstalling with a fresh copy of Vegas.
I have instructions for how to do this here:
www.moviestudiozen.com/doctor-zen-faq/570-clean-install-sony-vegas-windows-10