Hi All
My son and daughter in law run a local dance and drama school.   With the current uncertainty about the ability to put on the usual annual concert, they produced a one hour movie with the assistance of a couple of young video production guys.  The final file has been provided to me as I’m handling creation of DVDs, Blu rays and USB versions for distribution to the families.
The file has been encoded as a 4096x2048 25fps MOV (effectively 18:9).  Sadly not all of the scenes were shot at the same resolution and aspect ratio with most shot at 3840x2160 (16:9) and as this was not sorted out in the final render the MOV file has black bars - mainly on the sides - which come and go throughout the video. 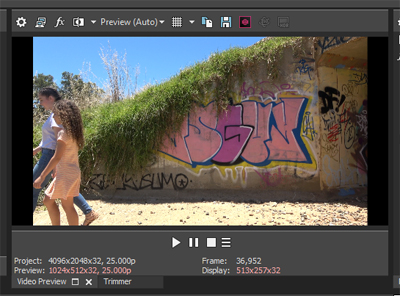 Long story, I can’t go back to the original project file as (a) it was done in Final Cut Pro and (b) apparently because they had limited hard drive space they were progressively hard rendering sections of the movie and replacing the timeline events with the rendered files in the timeline as they were going to save space on the drive. So I’m stuck with working on the final rendered MOV file.
I want to get this back to a 3840x2160 16:19 project from which I can then render out to a 4K MP4 for the USBs and to lower resolutions for the Blu Ray and DVD (yes, yes, I know but people continue to request them).
I’m working in VP18 (first project since kids upgraded me from VP15 at Christmas) so still not sure what I don't know although it seems very familiar.  I set up a new project at 3840x2160 25fps and imported the Mov file.  Because of the different aspect ratios I now see the original black bars on the left and right of the image plus black bars at the top and bottom of the frame.   The actual image is showing at the 16:9 ratio it was filmed in but surrounded by a black matte - totally expected. 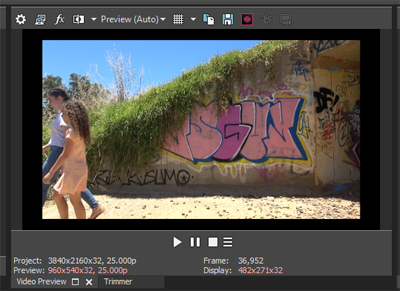 I planned to use Pan/Crop to zoom in until the image filled the frame.  However as I zoom in the left and right bars reduce until eliminated (as expected) but the top and bottom bars remain and part of the image is cropped (eg the girl’s feet). 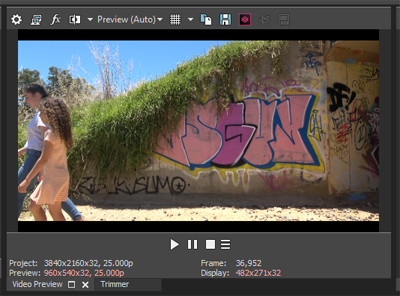 Am I using the wrong tool or am I not using it correctly?  I know I’m going to be slapping my forehead when I get the answer 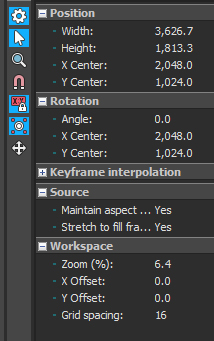 After playing around some more I stumbled accross the Vegas Smart Zoom filter which seems to do what I'm after.  Don't know why I diodn't see it earlier - perhaps I need to do a filter cull. 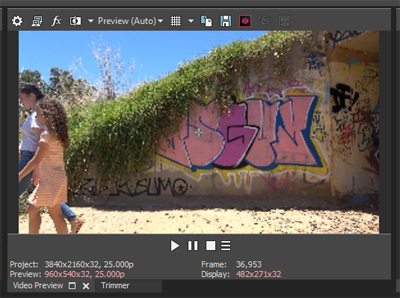 The reason why it didn't work, is because you had Lock Aspect Ratio activated. 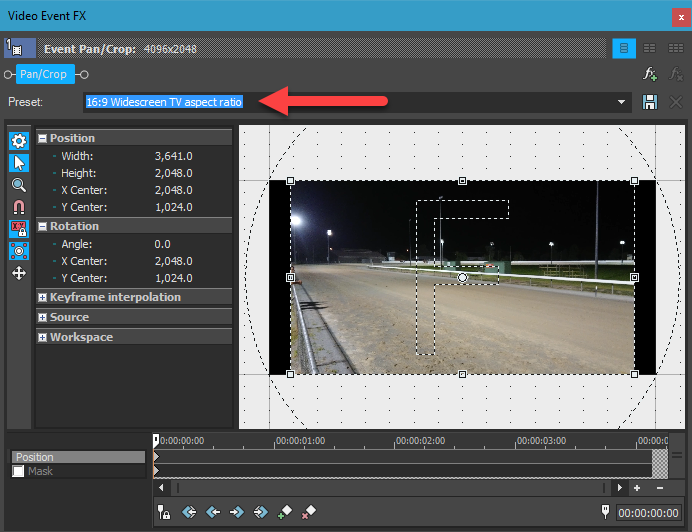 Thanks Doc ... the preset worked like a charm.  I wasn't immediately able to get the result I wanted by changing Lock Aspect Ratio but since I'm on a tight timeline and the preset worked for me I'll park this solution and come back to it later.
Many thanks, Robbie
Ps ... and yes, the preset resulted in the foreshadowed forehead slap :-)
30 Jan 2021 23:41 #4