Solved Ease of use vs Windows Live Movie Maker

I would try a re-install of your Vaast Apps first.
If that does not work, try re-installing Movie Studio.
Remember to turn everything off at least once a week, including your brain, then sit somewhere quiet and just chill out.
Unplugging is the best way to find solutions to your problems.
Peace

Well..........I re-installed both and it seems that I now have a number of other issues and maybe someone else has the answer.
(1) The audio becomes un-synchronized after about a half dozen cuts or so. It's not that the audio is not there, the actions on the video are ahead of the audio and it becomes progressively worse. If I save, close down the app and restart, it is then in sync correctly again, but the same thing happens progressively as I make cuts. I did some recording and the same thing happened with only one take. The video wave of my recording was ahead of the actual recording. The end of the take came and my voice was still going.
(2) This is minor but it maybe related somehow. When I reinstalled the shortcut on the desktop, and even the file in the original location, has a generic icon, like the one that is displayed if there is no association. I have attached a screenshot of what I am seeing. 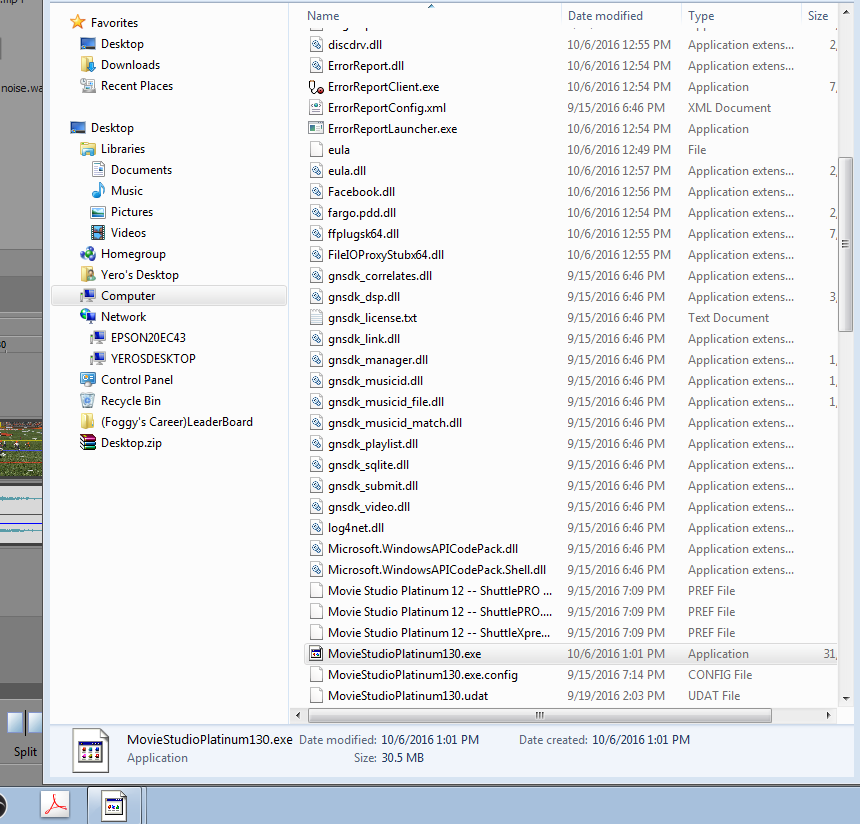 Video from Gameplay video screen captures, is notorious for going out of sync, especially if it was a really long recording like more than 1 or 2 hours.
I only mention this as a general comment and am not assuming your video is gameplay.

There is only one thing I know of, that can cause audio sync problems like you are describing.
Pre-rendering your video using the function at Tools/Selectively pre-render video, can cause problems.
Go to Tools/Cleanup pre-rendered video - this will remove pre-rendered versions.

When you re-install Vegas, it does not remove the temporary files cache.
Full instructions here:
www.moviestudiozen.com/doctor-zen-faq/573-how-to-reset-sony-software-to-default-settings

I also had a problem with my Movie Studio Desktop icon going blank recently, after I had to do some re-installing.
Just doing a simple re-boot of your computer can fix this type of problem, but if it doesn't, you need to use a Registry Cleaner.
I use and recommend CCleaner by Piriform.
Specifically I use CCleaner Professional, but the basic version also works well.
www.piriform.com/ccleaner/download

Install the free version and then run a Registry clean.
Also use the Cleaner and clean Windows and Applications.

Here are the settings I currently use when I clean: 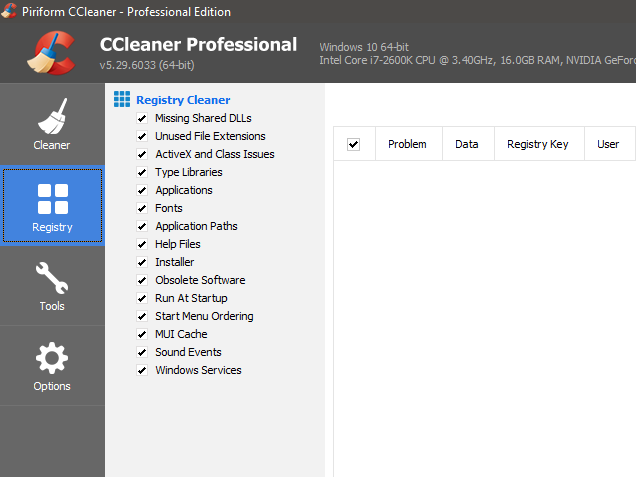 Sony saved templates/settings live in various locations.
Which exact programs and versions do you have installed and which Operating System are you using ?
Remember to turn everything off at least once a week, including your brain, then sit somewhere quiet and just chill out.
Unplugging is the best way to find solutions to your problems.
Peace

Thanks for your feedback. I normally use Ccleaner but haven't installed on my upgraded machine. Oversight for sure!!!
I uninstalled both MSP13 and the Event Tools programs, ran Ccleaner to clean everything up and then reinstalled both programs and it works again.