This is a Review of the New Features that are now included in Sony Vegas Pro 13.

This is the first article in a series of three, where I will be reviewing Sony Creative Software's latest professional video editing software - Vegas Pro 13.

I thought it would be easier and more efficient to break this review into three separate articles and videos. In this article I will talk only about the main new features that have been added to the Vegas Pro 13.

The first obvious change to Sony Vegas Pro 13, is the addition of a new toolbar. Many of the most popular functions from the top toolbar have been moved to a new Timeline Toolbar, which is positioned underneath the Main Timeline. This is following a similar change that was made to Movie Studio Platinum 13 a few months before. However unlike Movie Studio, you are still able to fully customize both toolbars in Vegas Pro 13.

There are also five new tools in the timeline toolbar.

You can now fully archive all projects in Vegas Pro 13, including any sub-clips you may have created during a project and also any nested projects you may have used. 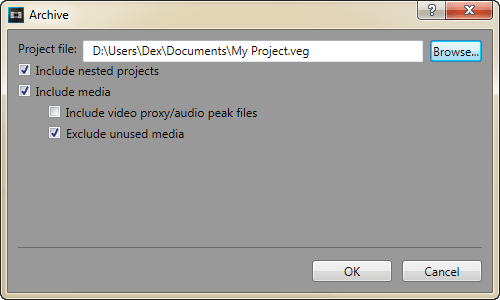 Vegas Pro Connect is a new application that gives you the ability to use your tablet with Vegas Pro. This means you can turn your tablet into a Remote Control and control the playback of your project on a computer via the tablet. You can also drop in Markers and add notes that will automatically sync directly to the Vegas Pro desktop.

At this time, the Vegas Pro Connect Application is only available for use on Apple iPads. Sony is currently working on a version that will also work with Android based tablets, however it has not been released yet. 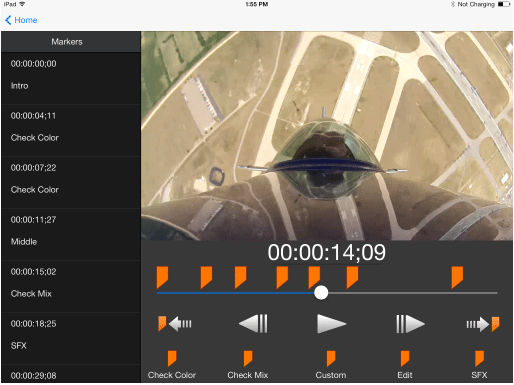 New Loudness Meters have now been added to Vegas Pro 13. Many countries including the United States, now have strict laws which govern how loud the Audio of TV programs is allowed to go. So if you are preparing a project that is going to be shown on TV, then it must conform to the new standards, otherwise you can be fined or someone else is going to have to clamp down on your audio track before broadcast.

The new Loudness Meters in Vegas Pro 13 make it very easy to make sure your audio is going to stay within the correct range of loudness units. 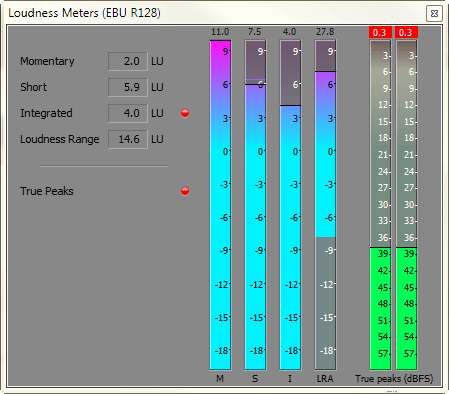 If you shoot video with a professional camera and are on the road, you can use a Sony Wireless Adaptor to send proxy versions of your video over the Internet and back to home base. Your editor can start creating your project in Vegas Pro 13 with the proxies and later automatically sync the original HD versions back into Vegas, once the physical camera makes it back home. 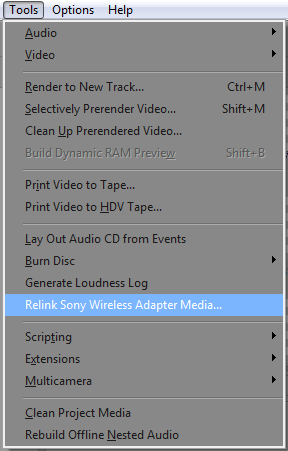 Seven new Video Effects from FXHome, the makers of Hitfilm 2 Ultimate, have been added to Sony Vegas Pro 13.

Nectar Elements is an advanced Audio Mastering Tool. It comes with a large range of audio presets that you can use to create special effects with your audio or to simply improve the quality of your audio recordings - especially vocals. I think this may be my favourite new tool in Vegas Pro 13. I have been using Nectar Elements for about a year now and it has definitely helped me make my vocals sound more professional. This is a great addition to Vegas Pro. 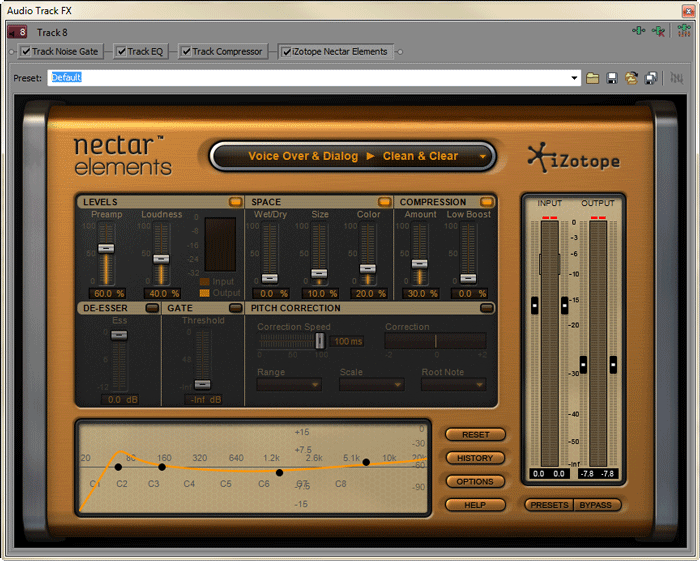