In this article I explain the major differences between Sony Vegas Pro 12 and Sony Movie Studio Platinum 12.

Discovering the huge price difference between both programs, should be a clear indication that Sony Vegas Pro 12 is a much more advanced program. The question I think people really want to get an answer for is:

Which program has the features that best match the type the things I want to achieve with a video editing program ?

Let's start with the absolute basics

If you are a beginner and would like to use more advanced features than what Windows Movie Maker can offer, then Movie Studio Platinum 12 is a great place to start. Movie Studio is much more user friendly than Vegas Pro. That being said, Movie Studio does require some time and patience to learn properly and become comfortable with using. There is definitely a steep learning curve that you have to follow. However, there are plenty of tutorials on Movie Studio Zen to make that steep learing curve much, much easier and enjoyable.

The big plus that Movie Studio has for someone who is planning to become fully immersed into video editing, is that the user interface is the same design as Vegas Pro. Most of the controls and functions in Movie Studio work exactly the same way in Vegas Pro. This means that you can easily upgrade to Vegas Pro one day and be able to use all the skills you learnt with Movie Studio. This is the exact pathway I took before buying my first version of Vegas Pro. It made the transition quite painless. I think I would have really struggled if I had not learnt all the core basics with Movie Studio first.

Sony Vegas Pro - For the Video Enthuasiast and Professional User

If you have never done any video editing before, I would advice against starting with Vegas Pro 12. It is definitely not a program for a newbie. Vegas Pro assumes you already have some experience with video editing and understand the core concepts and terminology used in Videoland. If you are a geek like myself, money to burn and have used plenty of other programs before, then please jump right in if you're game. Vegas Pro 12 has all the bells and whistles to create just about anything you can imagine.

A Closer Look at Both Programs

Tools and Effects (Fx) - What are the actual differences ?

If you would like to know the nitty gritty differences between Vegas Pro 12 and Movie Studio Platinum 12, then the best place to start is on the Sony Creative Software website. All Sony Creative Software programs listed on the website have a Product Comparison page, that shows exactly which Tools and Effects are included with each program and with each version of those programs.

For the purposes of this article, go directly to this link http://www.sonycreativesoftware.com/vegaspro/compare

Movie Studio Platinum 12 includes a New Project Wizard which makes it a lot easier to set the Project Properties of each new project you create. Using this tool makes it easier to learn the correct settings to use for different Video Formats and Output Types. 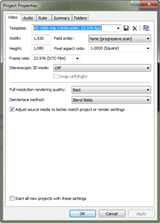 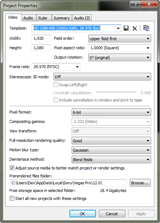 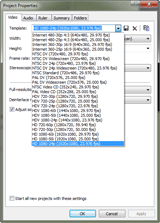 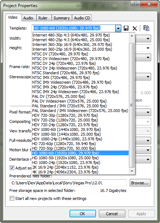 The number one question I get asked about Movie Studio Platinum 12 is: "Does it have a Masking Tool ?"
The answer is no. The Masking Tool which is a function of the Event Pan/Crop window, is a Sony Vegas Pro 12 feature ONLY ! It has never been part of the Movie Studio range of programs. The Masking Tool gives you the ability to cut out irregular shaped pieces of video, like using a pair of electronic scissors.

Both programs do come with an Event Pan/Crop window.

The Track Motion tool is available in both Movie Studio Platinum 12 and Vegas Pro 12. On the surface it functions in a similar way to Event Pan/Crop tool.

Envelope Tools for Video and Audio

Movie Studio has Audio Volume and Pan Envelope functions, which gives you the ability to continually change the Audio Volume and/or Pan (Stereo nature) of your audio tracks over time. Vegas Pro has the same tools, but also has an Audio Mute Enevelope as well.

Movie Studio and Vegas Pro also contain Composite Level and Fade to Colour Envelopes for all Video Tracks. Composite Level allows you to very the transparency of a video over time. Fade to Colour allows you to shift from full colour to black and white video. Vegas Pro has an extra Velocity Envelope tool, which gives you the ability to continually change the playback speed of your video over time.

Both programs come with a large amount of Audio Fx plugins which can be applied to your audio tracks. The selection of Audio Fx available is basically the same in both programs, with Vegas Pro offering a few more options. 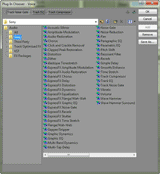 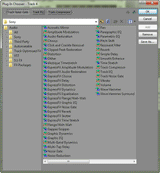 The biggest difference in the audio department between Movie Studio Platinum 12 and Vegas Pro 12, is that Vegas Pro comes with a dedicated Audio Mixing Console can give you complete control over your audio tracks.

Both programs come with a large amount of Video Fx plugins which can be applied to your video tracks. The selection of Video Fx in Vegas Pro offers more advanced options. The biggest difference between Movie Studio and Vegas Pro in the video fx department, is that Vegas Pro comes with advanced Video Scopes to help you achieve accurate colour correction. 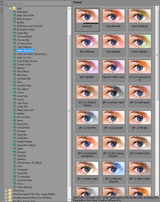 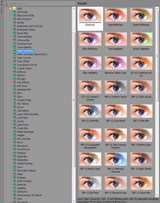 Movie Studio Platinum 12 and Vegas Pro 12 both come with the exact same core group of Transitions and default Titles and Text Tools.

If you buy the "Suite" version of Movie Studio Platinum 12, it includes an extra Titling and Text application called New Blue Titler EX, which gives you the ability to create animated 3d style text.

Vegas Pro 12 users get two extra Titling and Text applications - Sony Pro Type Titler and New Blue Titler Pro 1.0. Both of these give you the ability to create stunning and professional style Titles and Text.

Both programs come with the same Trimmer Window tool. The trimmer window gives you the ability to do edits and cuts to project media, before you add it to the timeline.

Vegas Pro 12 now gives you the ability to export your project files to a wide variety of very popular programs. This comes in handy when you are using more than just one program to create a project and especially if you are sharing files to other people who may be using different programs to what you normally use. This is a Vegas Pro feature only.

Both programs come with a wide variety of Templates and Formats to select from when making a new video. The interface is the same design in both programs. Vegas Pro 12 comes with some extra output options that would be typically used in a professional video making environment. 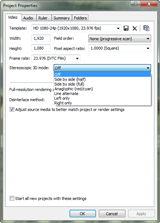 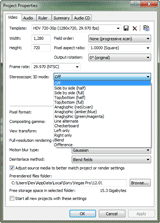 Vegas Pro 12 supports multi-camera video editing, so that you can do very fast edits between multiple timecode synced video streams all at the same time. This is a Vegas Pro feature only.